More than likely you’ve heard of the Aurora Borealis — those colorful ribbons of light that can awaken the black canvas of night with a dazzling show.

But unless you’ve lived or visited the far north, in areas that lie within the latitudes 65 to 72 degrees, you’ve probably never seen this stunning display live and in person, which is the only way one can really appreciate the true beauty of this cosmic show. 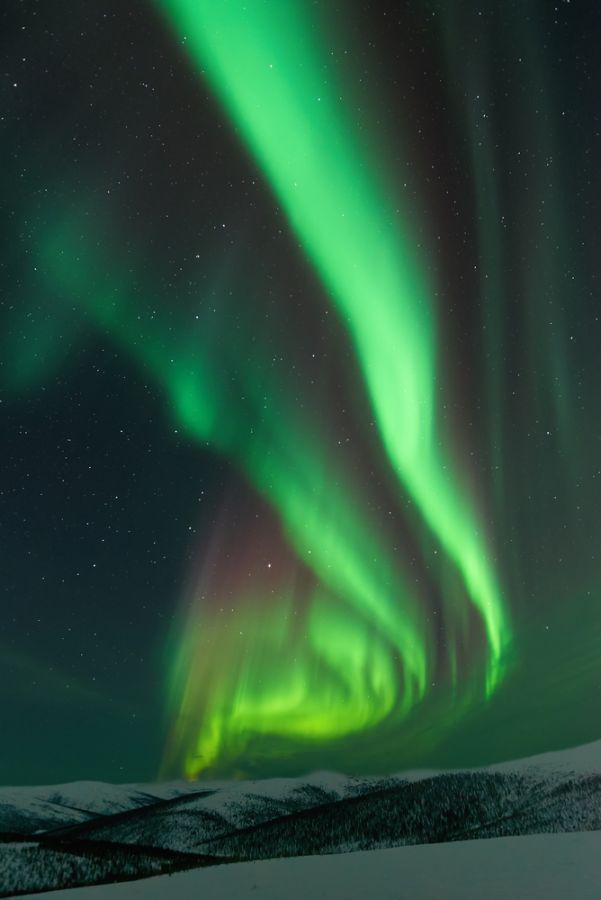 What are the Northern Lights?

Not surprisingly, there are many legends and myths about the mysterious Northern Lights.

As romantic and appealing as some of those fables are, the truth is that the Northern Lights are actually charged solar particles that have collided with molecules in the earth’s atmosphere to create rippling curtains of color in the sky.

Different molecules result in different colors. For example, oxygen will create greens and yellows. Nitrogen molecules will light the sky up in different shades of red, blue and purple. The colors of the Northern Lights are also affected by the altitude. 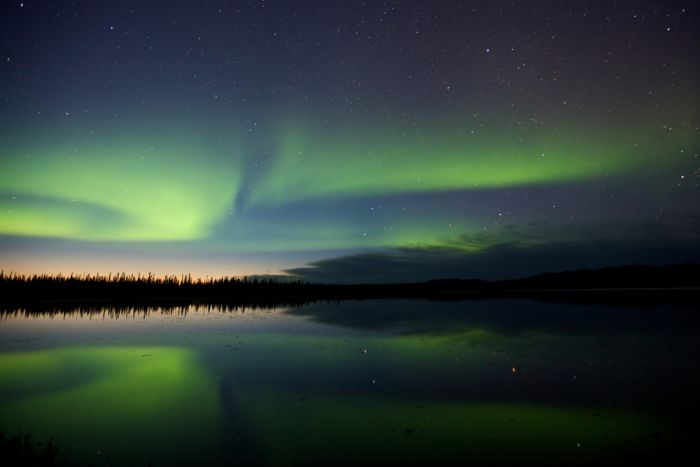 And while most of the Northern Lights are the result of the steady stream of particles from the sun known as the solar wind, on occasion, intense solar storms can create even more spectacular shows than normal. Stronger storms, for example, can create a vivid curtain of lights that changes colors as it dances across the sky.

Where to See the Lights in the United States

The best place to see the lights in the USA is Alaska. And the ideal viewing conditions? A cold and clear, cloudless and moonless night. And the farther away you are from light pollution, the better — which makes a cruise ship out on the water, far from city lights an excellent option.

For your best chance of viewing the Northern Lights, you’ll also want to plan your trip for the months between late September and late March when you’ll get the most hours of darkness. And definitely don’t — repeat, DON’T — book a cruise in the middle of the summer if you want to see nature’s light show.  Remember, one of Alaska’s unofficial nicknames is the Land of the Midnight Sun.

So while everlasting sunshine may be a good thing for sightseeing in Alaska, it is not optimal for viewing the Northern Lights. For your absolute best chances, you may also want to consider cruising during the early spring months, as experts say you’ll have a better chance of having a clear night than in the fall. And if you happen to be on a ship during a strong solar storm period, even better. 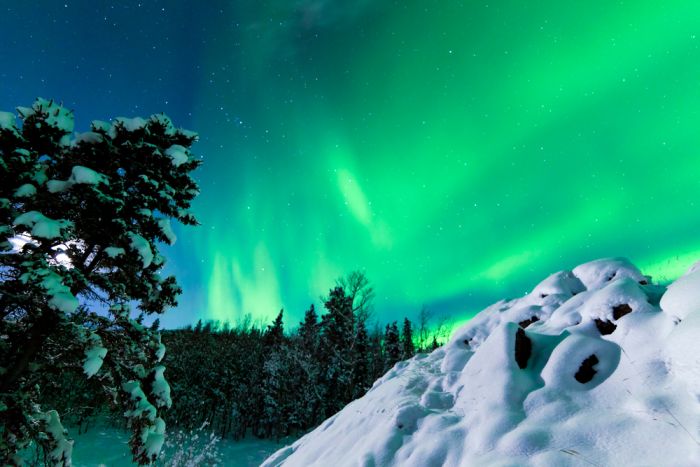 When choosing a vacation, you may want to consider a cruisetour, which is an Alaskacruise combined with multiple days staying on land. A cruisetour includes a stop in or near Fairbanks, which many consider to be the best place in Alaska and the United States to see the lights. According to Alaska.org, this city lies under the “aurora oval,” where the Northern Lights are most frequently seen. The area around Anchorage is also a great place to look for the lights.

There is, of course, no guarantee that you’ll see the Northern Lights. Mother Nature is fickle that way. But if she’s feeling particularly magnanimous, you may be blessed with one of the universe’s most stunning displays. And if not, you’ll at least be on a tour enjoying the gorgeous natural beauty of the USA’s 50th state.