Recapping an entire vacation in one quick story is impossible, but Cruise Specialists client Ken Lyon has provided us with 5 great snippets from his Regent Seven Seas Voyager cruise.

Lithuania
We arrived in a sunny Klaipéda, Lithuania at lunchtime on a Saturday.  I took a tour to a relatively nearby former Soviet nuclear storage & missile site located within the country’s Zemaitija National Park.

The tour guide kept the bus entertained with nonstop historical & political facts plus an occasional joke.  For example, “We have over 400 varieties of mushrooms in our forests; all are eatable at least once.”  The four-silo Soviet missile site has been turned into The Cold War Museum with a very interesting array of both Soviet & American artifacts.  The facility somewhat resembled one of our former Titan II missile sites but would have completely busted an American Inspector General or Nuclear Safety inspection. 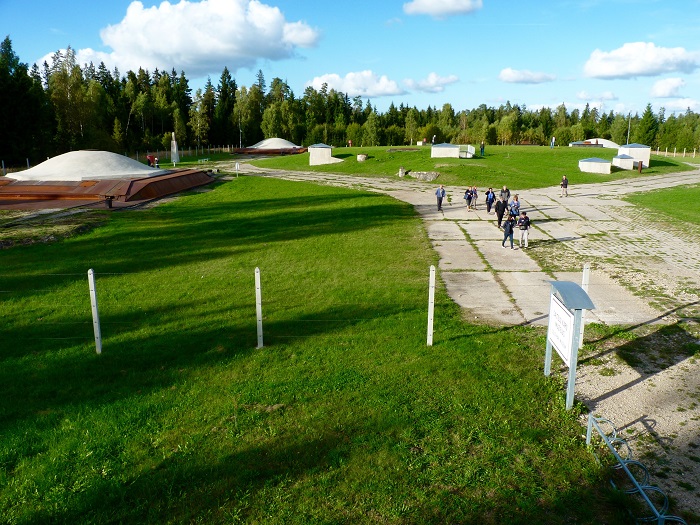 Poland
We docked in Gdynia, Poland on Sunday.  Our tour was to the major city of Gdansk, it’s an amazing old town that was accurately restored after being leveled by Allied bombers in WWII.  We spent several hours walking around and photographing buildings and people.

Our group next went to the town of Oliwa for an amazing organ concert in the old cathedral there.  After returning to our ship, members of the line’s top three loyalty categories were treated to an amazing soprano singing several arias.  Her husband was the ship’s General Manager and their eight-month-old son was also onboard; can you imagine the lullabies he gets to hear? 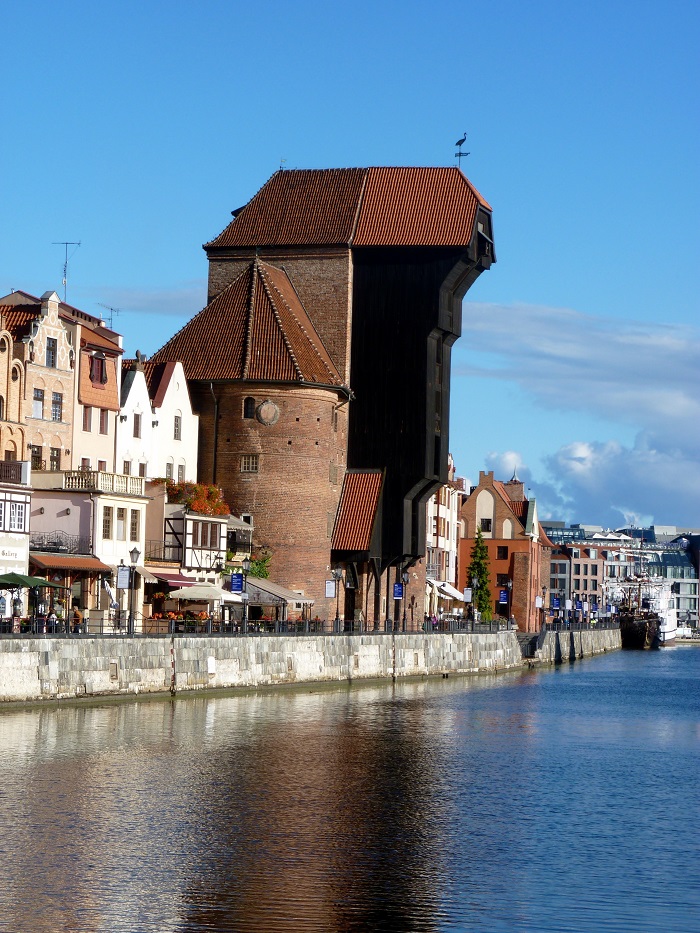 Sweden
Monday brought us to Malmö, Sweden after we sailed under the Öresund Bridge that now connects Denmark and Sweden.

Rather than a formal tour, we took a shuttle bus into the city and explored on our own.  Nice place, but not a highlight of the trip.  Dinner was with the ship’s captain and another couple following an early talent show by the ship’s non-entertainment crew.

We’ll be at sea all day Tuesday as the ship heads for Amsterdam and the end of the segment.  About 80 of us will stay on for the next segment to Barcelona.  The vast majority of the 703 passengers will leave and be quickly replaced by newcomers.  Although we enjoyed beautiful weather the last eleven days, here’s a classic Swedish joke we heard from a guide to end this update with:  Sweden has no bad weather, just bad clothes. 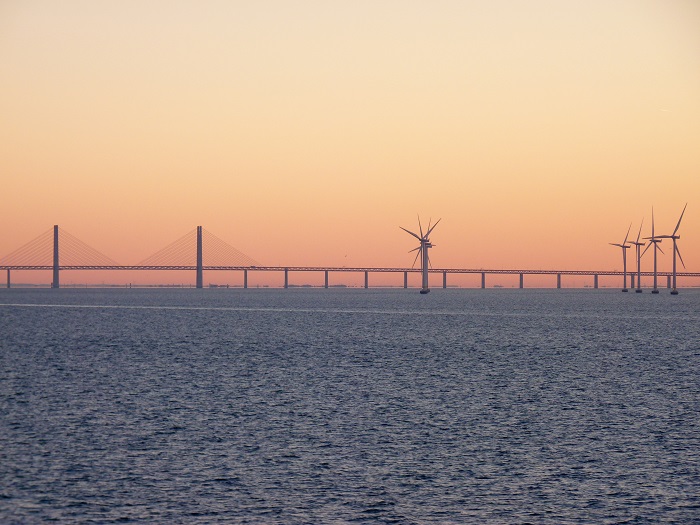 ST. MALO, FRANCE
The first segment of our cruise ended after a day at sea between Malmö and Amsterdam.  We both started reading the bestseller, “All the Light We Cannot See” in preparation for our next port, the French city of St. Malo, which plays a major role in the book.

The next day we sailed out of Amsterdam’s mid-city cruise terminal following our second lifeboat drill and headed to the North Sea. The entire next day saw us heading SE in the English Channel towards France’s Atlantic coast.  We were able to get several maps of St. Malo as we launched out by foot to find 4 Rue Vaubore, the house where a lot of the story took place.  It was easy to find but was undoubtedly a replacement; it’s now an apartment building of at least 7 floors.

We found a couple of the places the blind girl in the book walked to and photographed some of the manhole covers she counted as a way to navigate the town.  We found the small Crêperie An Delenn on a side street for lunch, all the other clients were locals, not tourists.   The St. Malo visit particularly satisfying after having read the book. 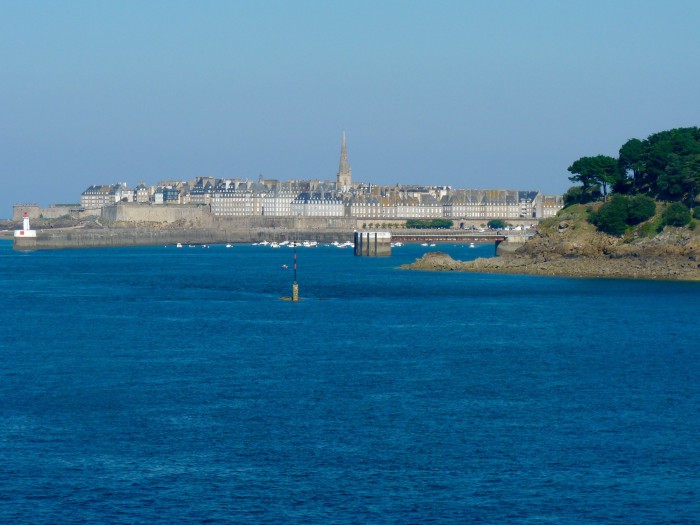 BORDEAUX, FRANCE
We tied up in Bordeaux shortly after 1:00PM and then watched a drizzle become rain.  Rather than take a tour to St. Emilio’s with it’s 2 hours on a bus, wine tasting and free time in the rain we opted to stay onboard to avoid that and to ensure we’d be on time for our dinner reservation in the ship’s French restaurant.

A few hundred feet away we saw several riverboats tied up along the Garonne River.  Low bridges keep cruise ships from going further inland past Bordeaux, but don’t impede riverboats.  Entering and leaving Bordeaux we passed under a massive elevator bridge; the road level is raised straight up from both sides so the road bed remains flat but was raised high enough for our 12 deck ship and its masts & funnels to just pass under.  The wharf we tied up at was adjacent to an older part of Bordeaux that was hosting a fair; its Ferris wheel became a photo opportunity that evening. 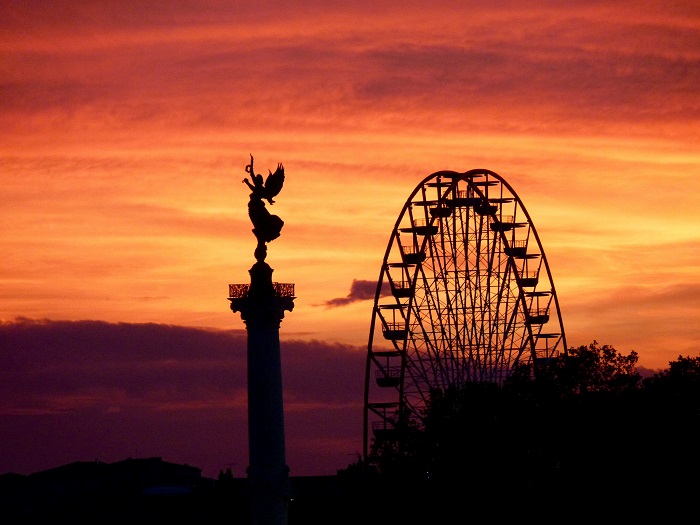 Have your own stories to tell? Cruise Specialists loves hearing from our guests, so be sure to share them with your agent!

Ready to make stories of your own? Checkout upcoming featured sailings on Regent Seven Seas >>