Cruise Specialists hosts Steve and Wendy Bodenheimer are taking us along on another amazing journey. We hope this series shows you what you can expect on a Holland America Grand Voyage. First was the kick off, then Costa Rica,Panama Canal, Chile, Patagonia, Antarctica, Argentina, Brazil, The Amazon, the Caribbean, the Canary Islands, Spain, the Mediterranean, Italy and now the next stop in their Grand Voyage (next voyage January).

First, is the beautiful city of Dubrovnik. Since we are lucky enough to be here overnight, we decided to do something different on the first day. We signed up for a tour called East Meets West. This trip would take us from Croatia to Bosnia Herzegovina and the city of Mostar. 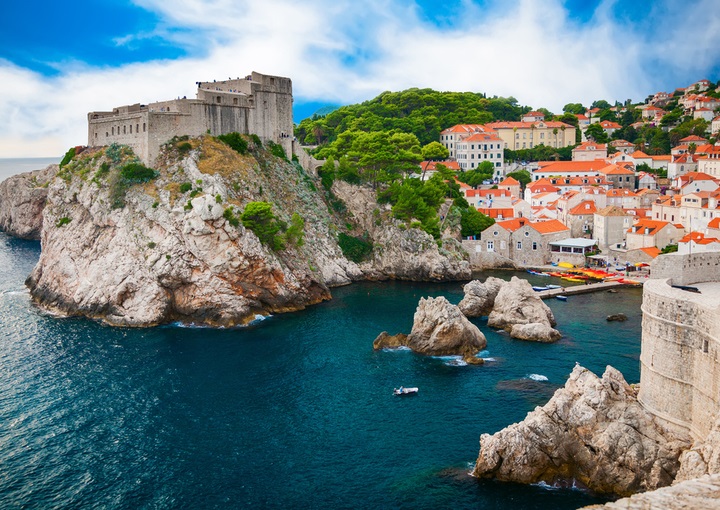 It was a three-hour journey in each direction, which included three border crossings in each direction, where the officials seemed determined to keep us waiting for no particular reason, by scanning everyone’s passport. We drove along the coast road to the town of Neum, Bosnia’s only piece of land on the Adriatic Sea. We stopped at the old fortress town of Počitelj and climbed the 200 plus steps to the fortress itself.

Then it was on to Mostar, where the old town is a UNESCO World Heritage Site. The old bridge in the center of town is their famous landmark, as well as the bell tower that looms over the city skyline. The streets of the old town are narrow alleys, reminiscent of the Turkish bazaars, complete with hundreds of small shops and restaurants. 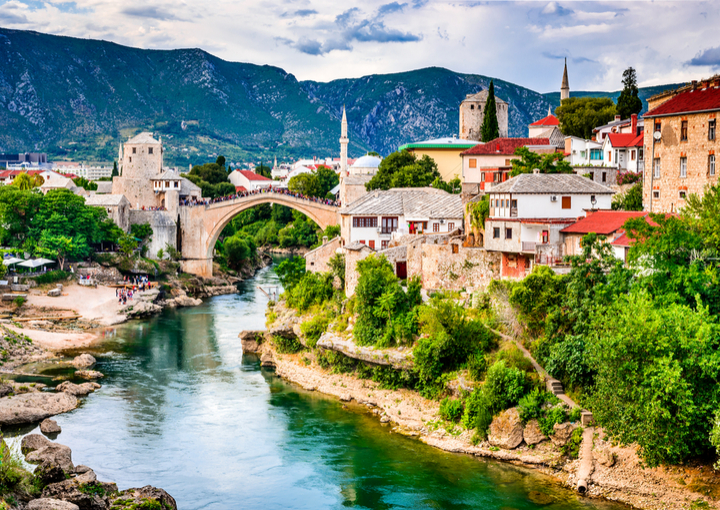 Our guide explained that Bosnia is still one of the poorest countries in Europe. They don’t really have a cohesive plan for rebuilding the city or the rest of the country, which was partially destroyed during the wars of the 1990’s.

You can still see the bullet and shrapnel holes in many of the buildings and in some cases only the shells of the buildings remain. Many of the streets are big mud pits, as construction or destruction (hard to tell which) is in progress. We enjoyed this very different experience, in spite of the very long trip.

Our second day in Dubrovnik, we took a shuttle in the morning to the main gate of Dubrovnik’s Old City. It’s a spectacular place where one could easily spend several days.

Our third day in Croatia was in the town of Zadar, a new port for us. It turned out to be a charming small city, a very small version of Dubrovnik, without the mass of tourists.

A shuttle bus took us to the downtown waterfront, where the major attraction is the Sea Organ. This is an unusual promenade built over the shoreline. When the water washes against and through the holes in the concrete, it produces musical sounds that are loud and very distinct. There is a walled historic section of the city, pedestrian friendly promenades, parks, and green spaces.

We had only about an hour to explore the downtown as we had a special lunch date. 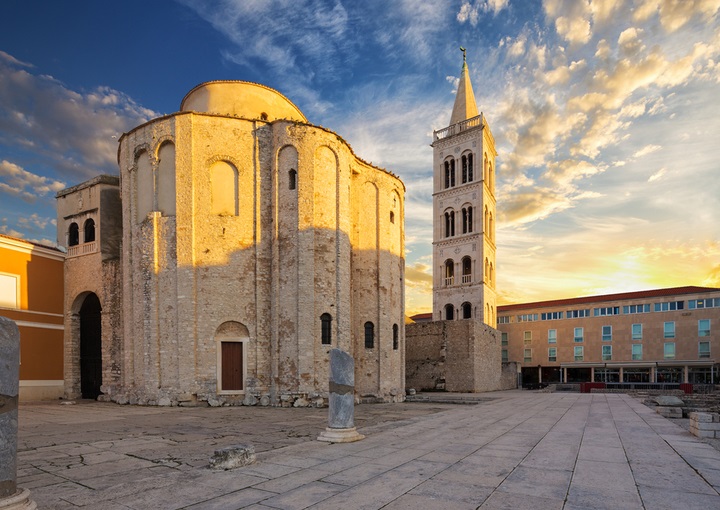 Zadar is the home of both our ship Beverage Manager and Cellar Master. The Cellar Master organized a private excursion for about 30 people to visit a Croatian farm owned by a friend of his, including lunch of local foods and wines.

It turned out to be a fabulous experience. We drove about 45 minutes into the Croatian countryside, until we reached a property called Roca. It’s a pig farm, but so much more.

They make their own prosciutto and smoked meats, bottle their own wines and grappas, press their own olives, bake their own breads, raise chickens, and run a catering facility all at the same time. 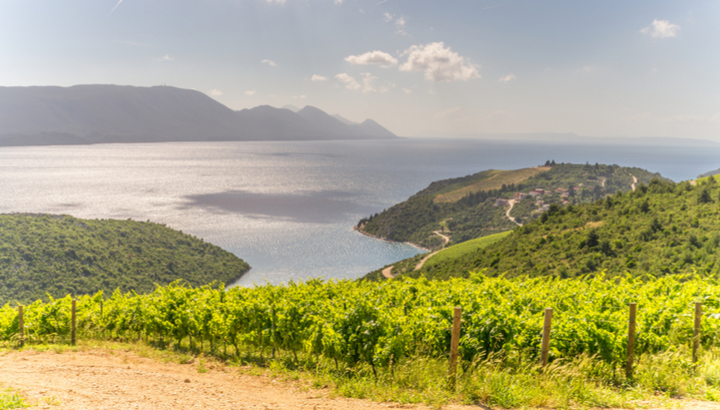 We were greeted by the owner and his family and a trio of roving musicians who entertained us all afternoon. We got a tour of the pig pens and olive groves while sipping on their homemade grappa. The main house is a huge country villa with a giant covered patio.

Lunch was served inside in a large but cozy pub type room that could probably hold 100 people, but we had the place to ourselves for most of the afternoon. Lunch was platters of their fresh cheese, sausage, ham, and salami with fresh bread; dumpling soup; one of their cooked lambs right off the outdoor spit with potatoes and salad; cheese filled pancakes for dessert, and unlimited pouring of their house wines.

There was singing and dancing inside and out – we were all reluctant to leave this lovely oasis in the country.

Cruise consultant Bridgett Quinn can help answer your questions about cruising Antarctica or a Grand Voyage!