If there were a style of travel designed specially for the solo traveller, it would be river cruising. With fewer passengers onboard than a typical ocean cruise, guests wishing to travel by themselves are never ‘one of a crowd’ on a river cruise.

This is particularly true on the rivers of America. American Queen Steamboat Company offers cabins designed for single-occupancy on its ships, including the venerable American Queen; the graceful American Empress on the Columbia and Snake Rivers; and American Duchess. 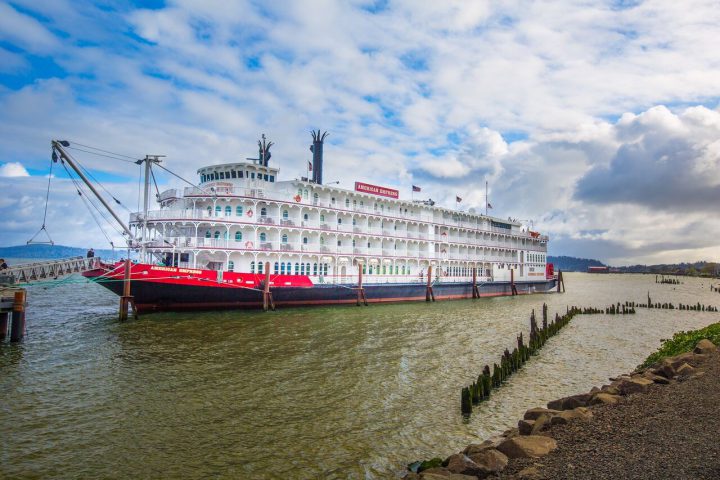 The chief benefit of having a cabin designed expressly for single occupancy is that guests booking these staterooms can avoid the dreaded “single supplement” for double-occupancy cabins. On some lines, this can run as high as 200 percent of the cruise fare – often prohibitively expensive for the solo traveller.

Some ships even offer more variety when it comes to solo cabins. The American Queen, for example, offers solo travellers the choice of either inside or outside staterooms; the latter of which come equipped with a proper veranda. A total of 10 staterooms are available for solo travellers.

On American Empress, every stateroom features river views, and although there’s only one single occupancy stateroom onboard, it comes with a full step-out veranda.

While American Duchess lacks purpose-built staterooms for solo travellers, this all-suite ship spares nothing on luxury. The line frequently runs specials aimed at solo travellers, with incentives and offers that make these lavish double-occupancy rooms worth the price of admission.

Solo travellers can book any category of cabin; you’re by no means relegated to reserving a designated single-occupancy stateroom. It’s good to be aware, though, that the top-of-the-line staterooms and suites may come with a supplementary fare. 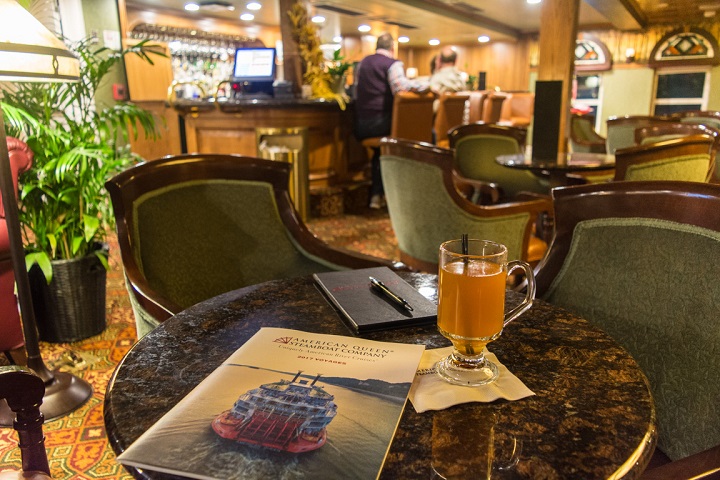 Regardless of which ship you sail on, the experience as a solo traveller remains the same. The ship’s welcoming and friendly crew always do their best to ensure that you’re looked after and having a good time. Indeed, we’ve never felt alone or relegated to solitary status on any of our voyages with American Queen Steamboat Company.

Additionally, you can elect to be seated with other people during meals, or choose to dine alone, if that is your preference. Many of the tables in the lavish dining rooms of each ship are designed for larger groups; conversation at a large table of six or eight makes for an enjoyable evening, and is a great way to make fast friends.

In some ways, solo river cruising is even more enjoyable than sailing with a friend or a partner. By cruising by yourself, you can indulge every interest or whim without opposition. If you want to go to the wine tastings in the Columbia Valley, so be it. If your typical excursion runs more towards history and transportation, you can do that, too. Solo travel is uncompromising; a welcome chance to cater to your own interests and meet new people along the way.

In terms of itinerary, there is no right or wrong voyage for the solo traveller to take. The Mississippi, along with the Columbia and Snake Rivers, are all enjoyable on their own merits. You’ll also find that, unlike big-ship cruises, people on river cruises are there because they’re genuinely interested in the destination, and in the novelty of sailing down America’s most famous rivers onboard classically-designed, elegant ships staffed by crews of locals who know these regions like the backs of their hands.

Of course, just because you’re cruising solo doesn’t have to mean that you’re single – that’s an old stereotype. People who are happily married can take vacations independently of each other, and in many cases, this can be for the best, particularly if travel doesn’t suit your partner for whatever reason.

The only final word of advice for solo travelers: enjoy yourself. Do as much or as little as you want. Meet your fellow shipmates at activities like trivia or cocktail hour, both of which serve as excellent icebreakers. The more you travel by yourself with American Queen Steamboat Company, the more you’ll realize you’re far from alone.